Using the most innovative and expansive 3D motion capture system, biomechanics allows us to track, measure and understand how the human moves, functions and behaves (anatomically, physiologically and biomechanically) within the golf swing.

Realtime position and orientation of the various segments in the body are tracked in 3D allowing for accurate, objective and precise understanding of how the human is moving and performing, for example ranges joints move through, control and position of the segments in space, interaction between the segments, how force is both produced and applied alongside how the golfer interacts with the club to provide club delivery in and around impact, club head speed production and possible pain and injury avoidance.

Realtime learning functionalities such as audible and visual biofeedback learning which provides the human with live, instantaneous feedback therefore improving one’s perception and awareness of how they move (in essence speaking and providing guidance by saying nothing therefore completely implicitly and intuitively). Other functions include realtime segment strobing which allows the human to see and track/trace segments such as the club paths in swing allowing for immediate and accurate adjustments.

Below is a list of the main data captured in every swing, all in realtime, 960 hz with a latency of 1ms. Staggering levels of accuracy and speed all In 3D: 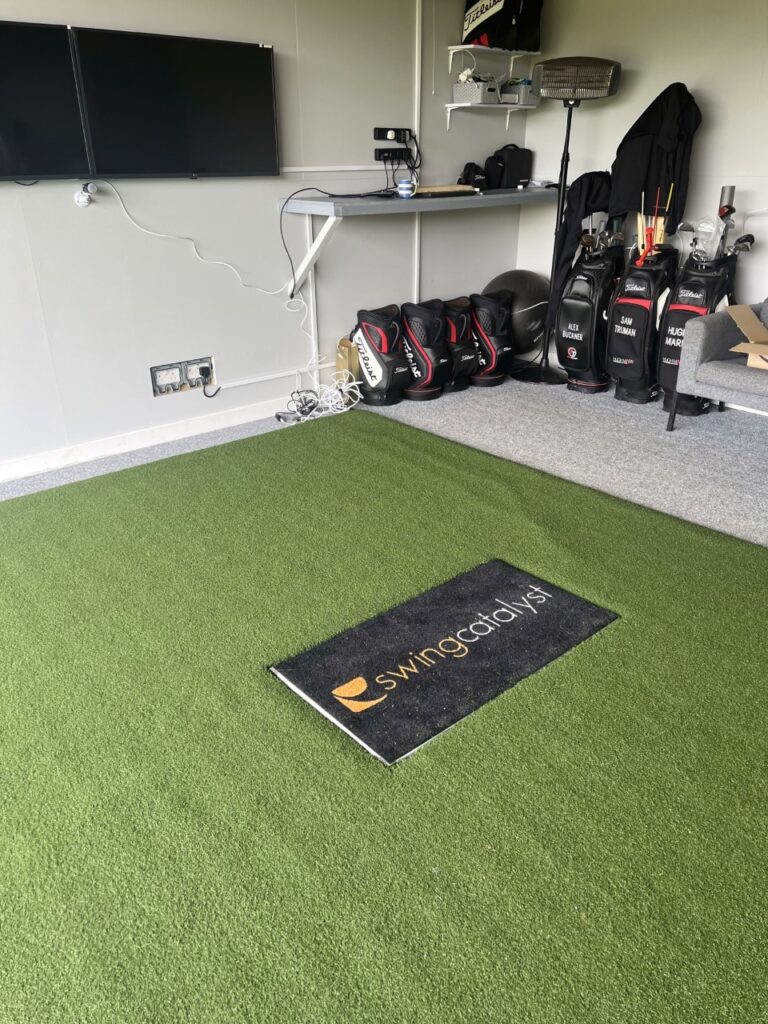 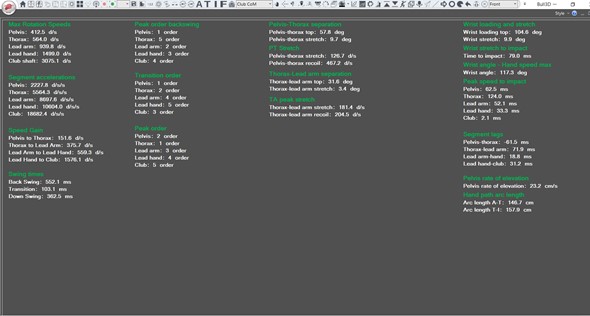 Bull3D biomechanics allows complete correlation and connection to your bodies capabilities, for example understanding and exploring postural imbalances, postural control, flexibility, segment control (stability), range of movement, elasticity of movement and movement options (which can be influential on skill acquisition). This allows Bull3D to guide and advise as to any corrective exercises alongside advance any existing exercise programs in making your training for golf completely related to and meaningful to how you move in your swing. Equally, Bull3D can highlight how any anatomical imbalances are influencing how you move in the golf swing therefore creating a circular and global approach to golf training by connecting how your swing influences your body alongside how your body influences your swing.

Just wanted to say thank you for making the effort to get back from Iceland yesterday to spend time with me. It was great to see the influence of the behaviour of left hip on the hand path in transition. Thanks once again.

You sir, are true class.

You’re doing work that’s opening many people’s eyes, and that’s how I heard of you.

You have literally saved his career.

Bully is just the best.

Kevin Kirk
US PGA teacher of the year 2019

Words can't describe how much it means to me to be around such an amazing group people Mark! The knowledge, care, kindness and professionalism you bring out is almost overwhelming and I literally cant express my gratitude enough. I had a great day today and learned a ton! Excited to get to work on these important things.